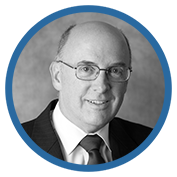 Robert W. McGee has been teaching accounting, economics or law at various universities in the United States, Latin America, the Caribbean, Europe, Asia, Africa or Australia since the 1970s. He is presently a professor in the Broadwell College of Business and Economics at Fayetteville State University in the USA.

His areas of interest are as broad as his 13 earned doctorates, and include accounting, taxation, finance, public finance, various subfields of economics, law, history, philosophy, political science and ethics. He has published more than 700 scholarly papers, 59 nonfiction books and more than 200 conference papers.

He is also a best-selling novelist, and has won world championships in taekwondo, karate, kung fu and, tai chi, and has been inducted into the United States Martial Arts Hall of Fame.

He spends most of his time in Fayetteville, North Carolina, Southeast Asia and Europe.